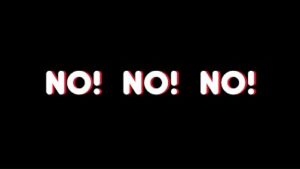 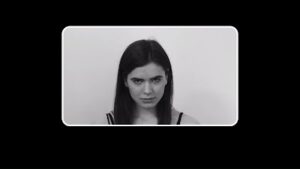 These two films were screened at an event where all proceeds from ticket sales and donations went to distribution of food and medicine in Ukraine. (More info here)

On the thirteenth of April 1975 Hatred erupts. Several hundred years of frustration re-emerge to be expressed anew. Sunday noon a bus full of Palestinians returning to their camp passes a church where the head of the Phalangist party and other Christians are celebrating the mass. That morning a Phalangist was killed in front of that church. A laid trap or simple chance, no one knows, but militiamen stop the bus, make its occupants get off, and shoot them one after the other. The news crosses the city like an electric shock. A silence falls over the whole afternoon. Everyone senses the impending doom. At night, explosions shake the city. Machine gun bursts are heard at closer and closer intervals.

The Palestinians avenge their thirty dead. The Phalangists counterattack.

All the quarrels of the Arab world have their representatives here. They all participate in the carnage. The wretched and the down-trodden are terrorized. It is the carnage of the new grass; a body seems to fall every second.

Monday morning there is a gathering of people around a Mercedes. The driver received several bullets in the head. His brains stick to the interior walls; matter adheres to matter.

Many factions participate in the general terrorism, but the principal protagonists remain the Christian right and the Palestinian refugee-militants, that the former seems to want to eliminate entirely.

Very rapidly the combat takes on the aspect of a civil war, and one that will last. The April air is perfumed and warmth mixes with freshness. The artillery booms. The local militia has greater fire power than the regular army.

This evening the sky is streaked with huge flashes of lightning that break it up from end to end. The streets I can see from my ninth floor are empty as in the work of a primitive painter. The song of a muezzin drifts from far away to this Christian quarter of Achrafieh, and has something unearthly about it, even if one knows it is only a record. The Middle East lives its destiny. No sound seems trivial or ordinary. The power of terror is totalitarian. Bullets crack and resonate in the amphitheatre that is Beirut. The location is perfect. The sound of the guns is echoed off the great stretched surface of the sea. Thunder mixes with the rhythmic sounds of war which purge Beirut. It ceases to be a city of merchants and becomes masses of killers let loose on a cosmic background.

Violence rises from every square meter as if from a metallic forest. During these days human reason appears like an insulating body, an impotent power. The city is an electro-magnetic field into which everyone wants to plug himself. It is no longer a place of habitation, but a being which resembles a runaway train. The most elementary fear of pain prevents me from participating in this battle. Kidnappings of passers-by and torture become daily events. Women stay at home more than ever. They consider war like an evening of scores between men. Violence is absorbed like a consumer product. I understood this need for violence one day in front of an electric wire torn from its socket. In the two holes there remained two little bits of brilliant copper wire which seemed to call out to me. And I wanted to touch them, to reunite them in my hand, to make that current pass through my body, and see what it was like to burn. I resisted only with an extraordinary effort.

The whole country is responding without reserve to this call to violence. The pleasure of killing with all the justification one could find for it blooms. On the barricades, which are also called barriers, as though it were necessary both to hold back the weight of a quarter’s anger as well as to keep out the enemy, youths who have not even properly slept with a woman display their blood-stained shirts. Or they ride around in cars whose red splashes haven’t been washed off. On the contrary.

The week passes in counting corpses. It seems that a cease-fire would be accepted by all parties. Then Saturday night, through arson or sabotage, the port burns. The heiress of the alcohol shipping company comes out onto her balcony. Her house faces the flames. The port is part of her legend. From her terrace parallel with the sea she tries to call the fire department. But the port burns until seven in the morning.

Sunday morning, for the first time in a week, I go into the street and get my car. At a red light, a little girl with blue-green eyes comes up, in the guise of begging, to sell me a little blue stone. I send her away and regret it because, for a moment, she gave to this shapeless thing called the world, a kind of life. Oh, patience of the sun!